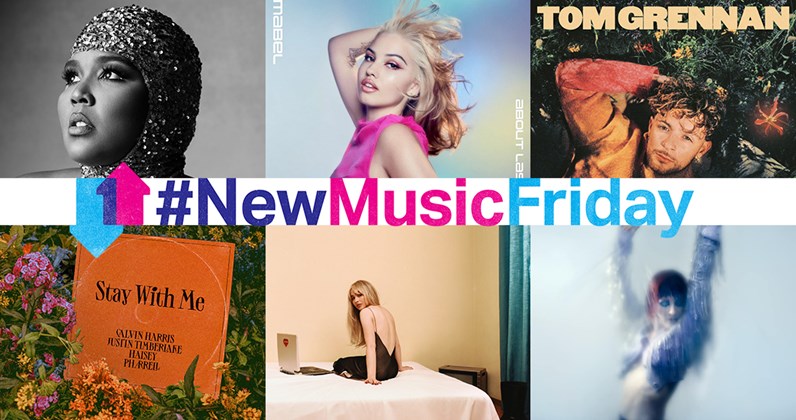 Let’s dive into this week’s, shall we?

On the singles front, Ellie Goulding returns with Big Sean collaboration Easy Lover; the first taste from her upcoming fifth studio album. Teasing her latest record as ‘a dance thing from outer space,’ could this track provide Ellie her 24th Top 40 single?

He’s been teasing a ‘huge’ track on social media recently, and this week Tom Grennan finally drops his new tune All These Nights. The second song lifted from his third album may soon join summer smash Remind Me on the Official Singles Chart.

Calvin Harris also returns with the third cut from his Funk Wav Bounces Vol. 2 album this week. This time he’s joined forces with Justin Timberlake, Halsey and Pharrell Williams on the irresistably-catchy Stay With Me. What with this, 21 Savage collab New Money and Dua Lipa and Yung Thug team-up Potion, the album’s sure to be one of this summer’s essential releases.

Brighton-born rapper ArrDee also unleashes Hello Mate this week – a song with a very familiar interpolation. The track samples Crazy Cousinz and Kyla’s Do You Mind, the same song used on Drake’s 2016 Number 1 single One Dance. Demi Lovato also releases the latest single from their eighth album HOLY FVCK; with SUBSTANCE seeing them return to their rockier roots.

Ahead of the release of their fifth studio LP 5SOS5, 5 Seconds of Summer also drop BLENDER this week.

Albums-wise, Mabel returns with her long-awaited second studio album About Last Night…. With collaborations including SG Lewis, Galantis and Jax Jones and 24kGoldn, the record’s a cohesive slice of dance-driven pop that sees Mabel firmly find her lane.

Elsewhere, Sabrina Carpenter is at her most honest on her latest project emails i can’t send, while Lizzo unleashes her much-anticipated fourth studio LP Special.